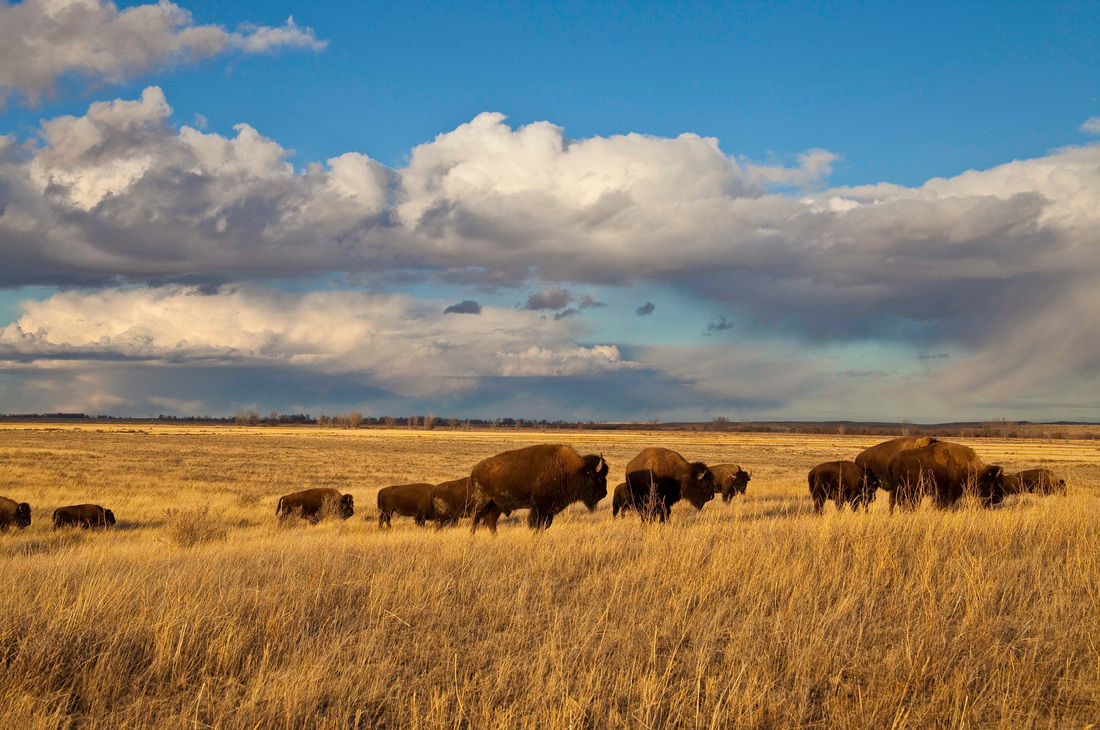 Archaeological evidence suggests that, for thousands of years, the people who inhabited the Great Plains of North America, stretching from present-day Canada to Mexico, from the Rockies to the Appalachians, were among the wealthiest in the world. Anthropometric data reveal that they were likely the tallest people on earth. Their wealth and health is surprising, because in every other historical case, prosperity was associated with large population centers built by trade or conquest or, more often, both. But the people of the Great Plains never coalesced into a large empire. Trade and war, while present, were not the sources of their affluence. So what was?

Bison. For approximately 10,000 years, bison were the sole economic activity of the people of the North American Plains. Upwards of 30 million bison roamed the continent, providing a reliable, plentiful, and inexhaustible, source of food and wealth. The arrival of Europeans to North America, first the Spanish, then the English and the French, gradually constricted the range and size of the bison herds. This accelerated with the completion of the Transcontinental Railroad, that was built through a series of treaties that specifically restricted the number of bison that could be taken. Despite losing more than half its original habitat over the previous century, there were still approximately ten million bison on the Great Plains when Leland Stanford drove the Golden Spike through the last tie of the Transcontinental Railroad in 1869. Then disaster struck.

Bison hides are tough, very hard to work with, not nearly as malleable, or desirable, as deer or lamb, for example. But in 1871, tanners in Germany and England developed new technology that could make bison hides nearly as supple as other skins, and demand soared. By 1875, one million hides were being exported annually to Europe, treaties with Native Americans notwithstanding, and bison began disappearing from the North American continent. The last communal bison hunt by the Sioux occurred in 1882. By the middle of that decade, fewer than 500 bison remained in North America, all held in captivity. The map below shows the range of the bison in 1730 (the lightest region), in 1870 (the darker region), and the six small, remaining herds in 1889. Tribal territory boundaries are also marked in the continental United States. 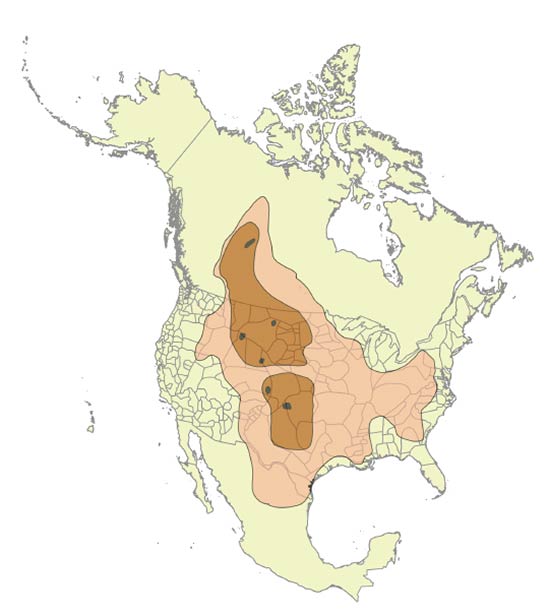 Source: The Slaughter of the Bison and Reversal of Fortunes on the Great Plains, Donna Feir, Rob Gillezeau, and Maggie E.C. Jones, November 29, 2018.

This was a disaster for the bison, but it was an equal calamity for the people dependent on them. Recent research by three economists at the University of Victoria (https://ideas.repec.org/p/vic/vicddp/1701.html) examined the outcomes of the people of the Great Plains following the demise of the bison and came to some startling conclusions. For those that lived in regions where the slaughter of the bison was sudden and swift, their subsequent generation was about 9cm (3.5 inches) shorter than those who lived where the loss of bison was more gradual. From being the tallest people on earth, within a generation they were among the shortest.

The Native Americans of the Great Plains were placed on reservations where they were prohibited from leaving without permission from a government official. This policy was relaxed only in the 1930s. No economic activity was permitted except agriculture, an enormous burden for a people who had been dependent solely on hunting bison for thousands of years and had no history or knowledge of agriculture. This subjugation ensured poverty that persisted for generations.

By 2000, when the data were collected, per capita incomes of bison-dependent tribes were 20-40% lower than for other Native Americans. This material difference becomes even more significant when we consider the average per capita income of Native Americans was only $10,500 in 2000. The sudden loss of livelihood and human capital with the demise of the bison, and the subsequent policies to restrict movement, limit education and deny opportunity contributed meaningfully to the economic deprivation of Native Americans for generations. And not just economic deprivation: the formerly bison-dependent people of the Great Plains have the highest rates of mortality and despair (suicide, drug addiction) in the country. There is a growing body of work in the psychological literature that suggests that trauma may be transmitted across generations. While causality cannot be proven, the evidence seems to connect the trauma of the loss of the bison with the subsequent deprivation of succeeding generations.

Truth or Consequences was one of the longest-running shows in American media history. It began on NBC radio in 1940, created and hosted by Ralph Edwards. For the tenth anniversary of the program, Edwards announced that he would broadcast the show from the first town to change its name to the program, which is how Hot Springs, New Mexico became Truth or Consequences, New Mexico. The radio show switched to television in 1950, and ran continuously through 1988. Contestants could either answer a question truthfully, or face the “consequences” (usually performing a zany skit).

Robert K. Merton essentially invented modern sociology. One of his seminal works was his 1936 paper, The Unanticipated Consequences of Purposive Social Action, which offered a systematic analysis of why some deliberate acts to affect social change could have unintended consequences. He identified five areas that could lead to unanticipated consequences: ignorance, analytical errors, favoring short-term interests over long-term ones, basic values that skew or prohibit certain actions, and self-defeating prophecy that prevents what it predicts from happening.

Merton gave us the conceptual framework for unanticipated, or unintended, consequences. The sudden, near-extinction of the bison destroyed the economy and culture of those dependent on the animal. That was the consequence of the swift near-extinction of the bison, and perhaps it was unintended. But let’s make a distinction between unintended and unforeseen. The economic and social deprivation among the indigenous people of the Great Plains was not merely unintended, its persistence across generations, to this day, was completely unforeseen. Economic repression, high mortality rates, drug dependency, generation after generation, are the unforeseen consequences of the sudden demise of the bison.

Another question might be, what are the consequences of our degenerative civil discourse? We are as politically polarized as we have been in this country. One unintended consequence of this polarization was the election of a president whose norms of behavior would have previously been disqualifying for that office. But what are the unforeseen consequences? The erosion of our institutions that safeguard democracy? Habitual abuse of power that leads to demagoguery, as the Roman Republic descended to Empire and eventual collapse? We don’t know.

As we contemplate the unforeseen consequences of our actions, we must summon the will to regain control over our future: to reverse the emissions of carbon that will lead to climate catastrophe; to throw out the extremists would divide us and elect those to promise to work to unite us; to right past injustices, unintended, unforeseen or otherwise.

From the brink of extinction with less than 500 individuals remaining, the bison herd in North America now numbers more than 500,000. That’s a long way from the tens of millions that once roamed the Plains, but it gives us hope that we can move to redress past errors. 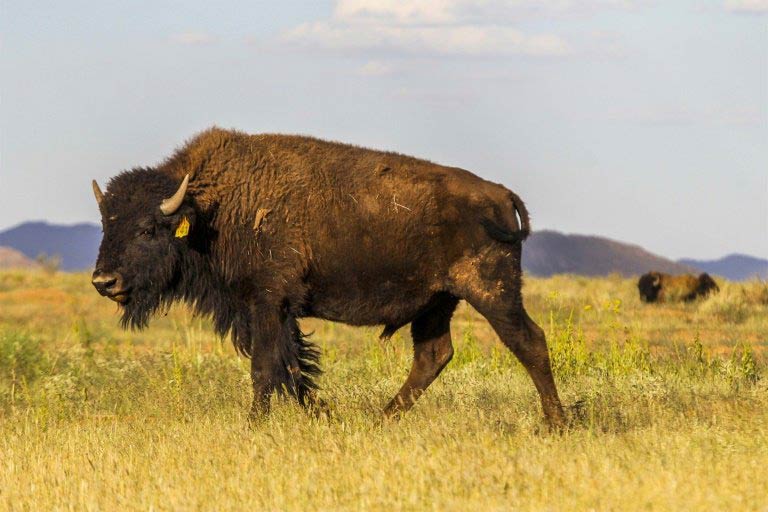