The Consumer Price Index dropped 0.7% in January, bringing the year-over-year change to negative 0.1%. With the exception of the 2008 financial meltdown, the January decline brought the index to its first negative annual change since 1949 (see Chart below). 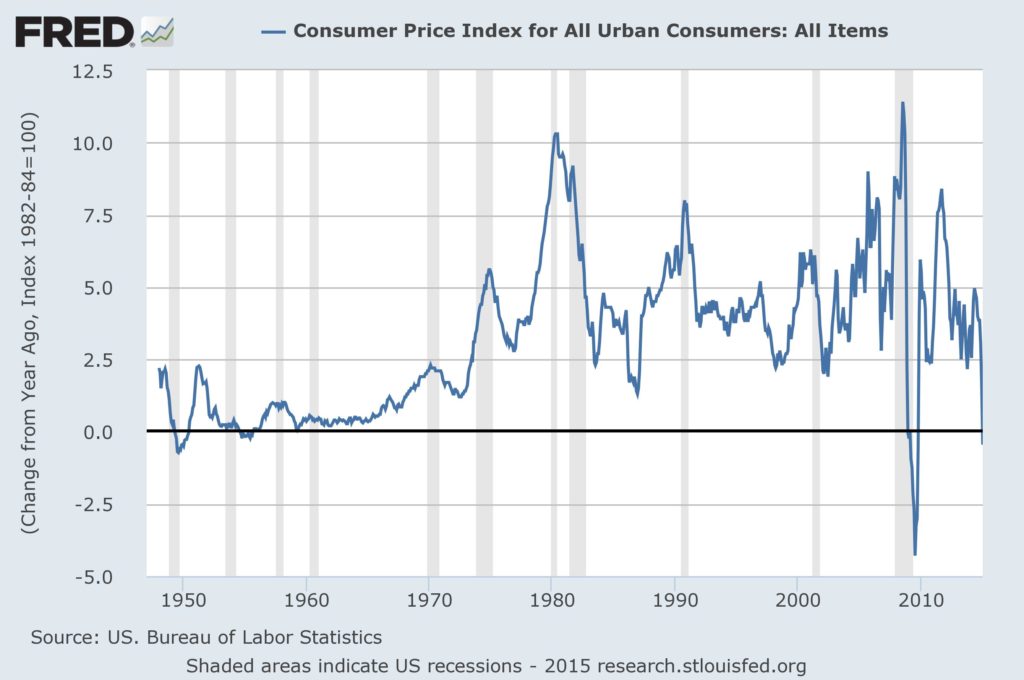 This is not deflation, which is caused by tight money, but rather a one-off drop in the price of an important commodity.

The headline number also obscures encouraging data on income. Real (after-inflation) incomes rose for the fourth straight month, are up 2.4% from a year ago, and have accelerated to a 4.9% annualized pace over the past six months.

The decline in energy prices is a transfer of wealth from producers to consumers. It is not deflation, or anything other than that. Full stop.