1024″June gloom” is what you get when a warming land mass meets a cooler ocean: a layer of marine fog that the sun burns off into afternoon haze. It is the weather pattern in Santa Monica for every June that I can remember.

Ignore the “bad news” headline of Friday’s May employment report, that the unemployment rate ticked up to 5.5% from 5.4%. Job growth is robust. Payrolls grew 280,000 in May, with another 32,000 added to the two previous months. Private sector payrolls added 262,000 in May, the 63rd straight monthly gain, the longest such streak since at least the late 1930s. More than 141 million people are working, a new record (see Graph below). 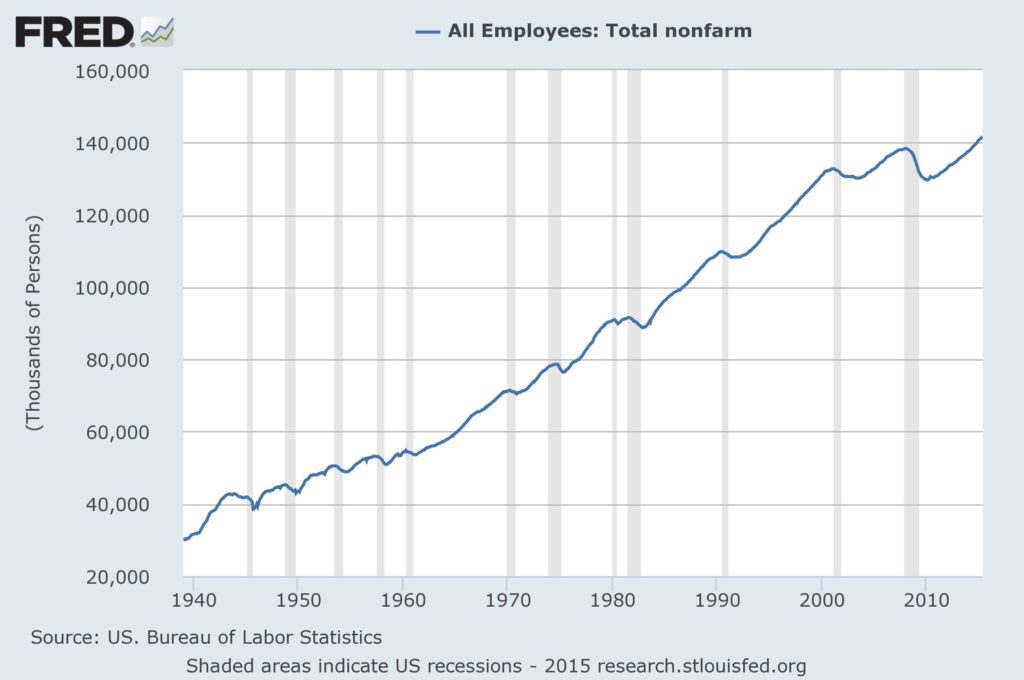 Average hourly earnings are up 2.3% over the past year. With average weekly hours up 2.6%, total cash to workers is 4.9% more than a year ago. The lack of inflation means that’s real money to spend.

Despite a contraction in the economy in the first quarter, the data just do not support a likelihood of a recession. The economy certainly has many challenges, and this recovery may had been stronger with better fiscal policies, but the “June gloom” we have in Santa Monica will not last, along the beach or in the broader economy.