The US economy is stronger than we think: 257,000 net new jobs in January, but another 404,000 jobs were “found” (due to a recalculation) in November and December. More than 140 million are currently employed, a record high (see Chart below). 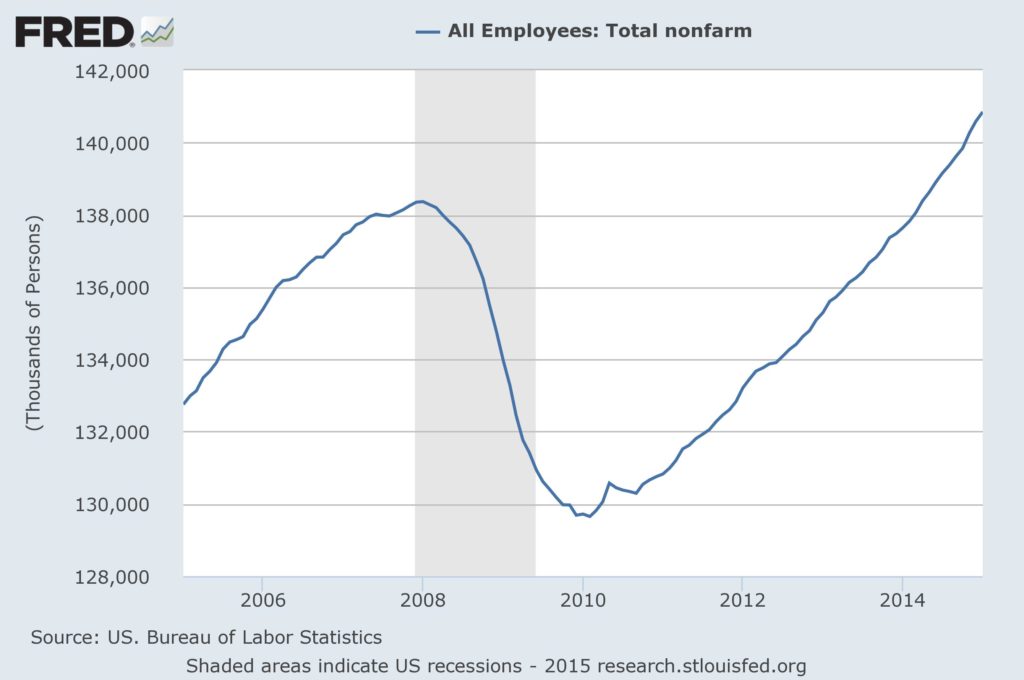 The unemployment rate is 5.7%, but if we include part-timers and discouraged, that percentage rises to 11.3%. Way too high, but making progress (see Chart below). 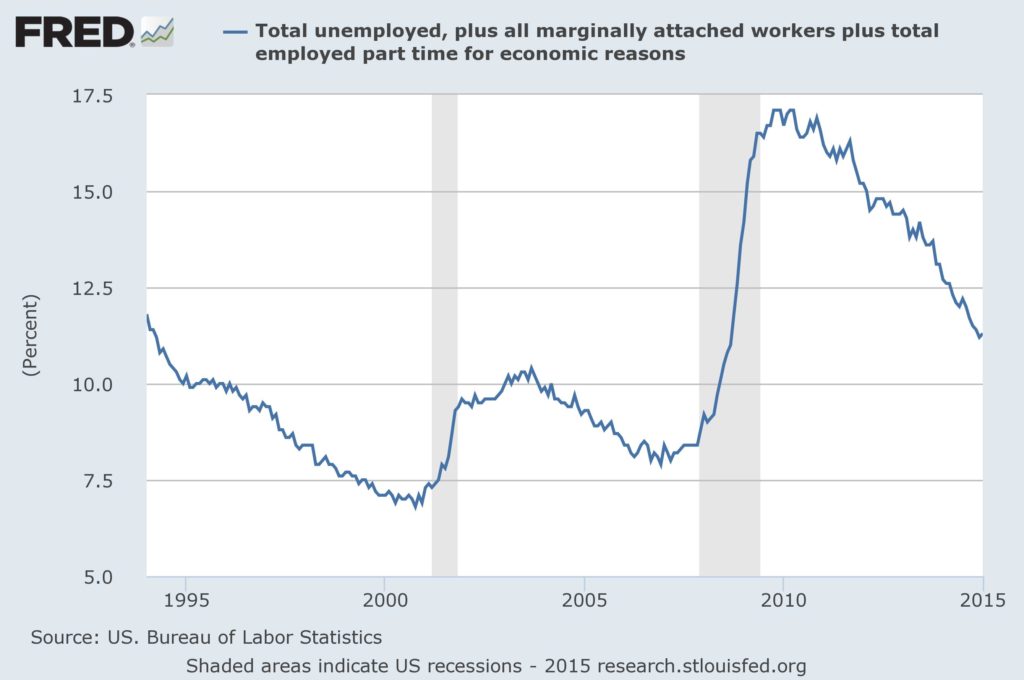 One of the details in the data is the number of people quitting their jobs: 9.5% of the unemployed quit their jobs, the highest percentage since 2008. This is a datum only a wonk (or a Fed Chair—Janet Yellen has singled out this number as particularly meaningful for her) could love, as it presumably shows a higher confidence among voluntary quitters that they will find another job.

There’s always lots of noise in the data, but the US economy, if not humming, is certainly chugging along.