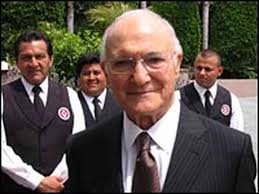 “Lost Time is never found again,” advised Benjamin Franklin in Poor Richard’s Almanack. And Dante Alighieri observed, “The wisest are the most annoyed at the loss of time.”

I have been thinking about replacing my seven year-old car, which has me reflecting on the notion of Lost Time. Americans average 42 hours per year in rush hour traffic, but of course, in Los Angeles it’s much more. We each sit in rush hour 104 hours per year, the worst in the world (all data here come from the definitive source of global traffic data, INRIX Research). Moscow, New York, San Francisco and Bogotá round up the top five (Sao Paolo, London, Atlanta, Paris, Miami follow).

Sitting in traffic is only part of the cost of driving, and much of it is simply unavoidable as there are often few alternatives. But there is a related cost, one we tend to overlook, one that could be avoidable, and that’s parking.

Searching for a parking space is an enormously inefficient exercise. The average American driver spends 17 hours per year looking for a place to park, although British and German drivers have it worse (44 and 41 hours per year, respectively). Still, it’s a cost to the US economy of over $72 billion. By a fair margin, the worst cities in the world for finding a parking space are New York and Los Angeles (London is pretty bad too—see table). Los Angeles drivers average 85 hours a year looking for parking, at a cost of $1,785 to each of them.

The costs of parking go beyond Lost Time. Americans spend more than $20 billion per year paying for parking they don’t use (an hour on the meter for 45 minutes of use, e.g.). In New York alone, it adds up to $1.7 billion per year, about $900 per driver (San Francisco and Los Angeles are second and third, at $404 and $384 per driver per year). And then there’s parking fines: the average Angeleno gets one per year with an average cost of $71. The table below summarizes the annual cost, per driver and by country, of this grossly inefficient parking paradigm.

The search for a parking space also adds to traffic congestion, increases pollution, and raises stress and incivility. Nearly a quarter of drivers had at least one argument last year over parking (although it’s not clear if that argument was with their spouse or the other driver). About a third of us gave up looking for a space and went home, nearly half missed an appointment while searching for a parking space, and two-thirds of us admitted to be noticeably stressed over parking.

The great Roman philosopher, Seneca, wrote, “It is not that we have so little time but that we lose so much….The life we receive is not short but we make it so; we are not ill-provided, but use what we have wastefully.”

After reviewing all these data, I’m wondering if it really makes sense to replace my car. I’m already biking to work on most days, and Uber/Lyft are probably better solutions when I can’t bike. But if I do drive, I will not hesitate to use that much-maligned L.A. innovation, valet parking, “invented” by Herb Citrin (photo above) in the 1930s when he opened a valet service at Lawry’s Prime Rib on La Cienega Blvd. Thank you, Herb.