GIVE US YOUR POOR 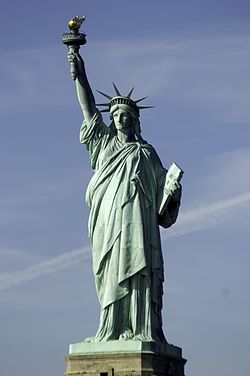 A large percentage of energy expended at Angeles is in evaluating, analyzing and judging investment managers. It is a core competency at Angeles, and we think we’re pretty good at it.

In doing this work, we crunch a lot of numbers, talk to a lot of people, and argue incessantly (and occasionally, productively) among ourselves. Success in selecting superior managers comes mostly from employing very smart, experienced people in this pursuit, and by having them interact in a structure and culture that seeks to discard the mediocrity and lowest common denominator settled by consensus, in favor of the truly outstanding, and by definition, rare, ideas.

There are no shortcuts in this pursuit, but that doesn’t stop us from looking for an edge. For example, there have been numerous studies over the past 15 years or so demonstrating the empirical evidence that, on average, women are superior investors to men. The seminal research on this was published in 2001 by Brad Barber and Terrence Odean, both then at UC-Davis (Boys Will Be Boys: Gender, Overconfidence, and Common Stock Investment, The Quarterly Journal of Economics, February 2001). They showed that overconfidence in men led them to trade 45% more often than women, costing their portfolios about 1% annually in worse performance relative to women.

We embraced this research in two ways. First, we have a lot of smart women at Angeles (we have some smart men too). Secondly, we like to see a lot of smart women at investment firms, and we inquire about that. [I don’t know for how much longer, though, we’ll be allowed to ask this as the seemingly straightforward choice of two genders has morphed in to a dozen or so choices of gender identity (except in North Carolina, where gender is defined by whatever the nurse checked on your birth certificate).]

It’s not clear whether the female advantage will persist in the future, or by how, or if we’ll be able to capture it. Not to worry, though, because there is new research that has identified another edge in selecting superior managers: hire the poor ones.

Oleg Chuprinin and Denis Sosyura, of the University of New South Wales and the University of Michigan, respectively, examined 267 investment managers between 1975 and 2012 along with Census records on each manager’s family, including his (her) parents’ income, home value, education and occupations (Family Descent as a Signal of Managerial Quality: Evidence from Mutual Funds, Working Paper).

They postulate: “a manager’s family descent and access to resources during his formative years serves as a powerful signal of managerial ability…. individuals are endowed with different opportunities at birth and, as a result, face dramatically different entry barriers into managerial roles….Because individuals from less privileged backgrounds have much higher barriers to entry into prestigious positions, only the most skilled types can exceed these high thresholds and build a career in a management profession.”

Their conclusion: “managers from families in the bottom quintile of parents’ income distribution outperform managers in the top quintile by 3.36% per year.”

Well, that’s good enough for me. We need to start selecting managers from poor families.

The quote in the title references, of course, the poet Emma Lazarus, whose poem, The New Colossus, is engraved on the Statue of Liberty. It ends with these inspiring words:

“Give me your tired, your poor,

The wretched refuse of your teeming shore.

Send these, the homeless, tempest-tost to me,

I lift my lamp beside the golden door!”

This describes perfectly the profile of investment manager we want: tired, poor, homeless, tempest-tossed, wretched refuse. The Angeles lamp leads you to our golden door! Even better if you’re a woman. Come to think of it, Emma Lazarus would have made a great portfolio manager.