"EVERYTHING HUMAN IS PATHETIC" 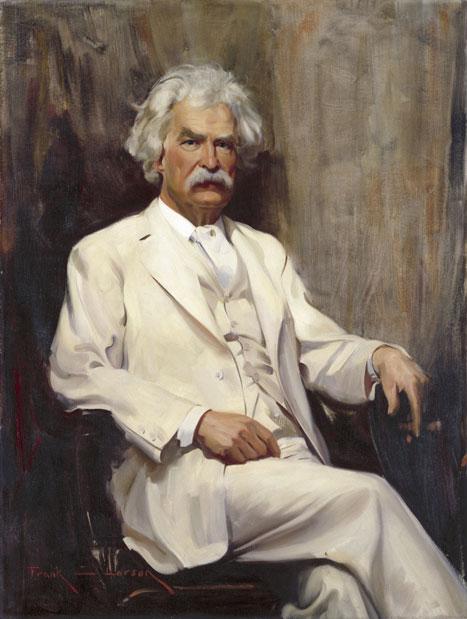 This is what comes to my mind as I watch the debacle that is FTX imploding.

An exception is the Chapter 11 petition that John J. Ray III filed yesterday in the United States Bankruptcy Court for the District of Delaware on his first day as CEO of FTX Trading Ltd, et. al.  It is one of the most astonishing legal documents I’ve read in a long time: concise, direct, blunt, even humorous (you can find it here).

Mr. Ray reminds the court that he has over 40 years of experience working with some of the “largest corporate failures in history,” most notably Enron. Now, you will remember that Enron was the biggest case of criminal malfeasance in history, $60 billion of assets that vanished in an accounting fraud that took down Arthur Andersen as well and sent senior executives of both firms to jail.

So, knowing that Mr. Ray unraveled the accounting fraud at Enron, here’s what he said of FTX:

“Never in my career have I seen such a complete failure of corporate controls and such a complete absence of trustworthy financial information as occurred here. From compromised systems integrity and faulty regulatory oversight abroad, to the concentration of control in the hands of a very small group of inexperienced, unsophisticated and potentially compromised individuals, this situation is unprecedented.”

Unprecedented? And he led the Enron investigation!

There is much about this story that we don’t know, and I won’t rehash the details of what we do know, which has been widely reported.  It remains to be seen whether FTX was a case of criminal fraud or just plain gross incompetence. [Or both: they’re not mutually exclusive.] But that doesn’t interest me. Nor does it surprise me that fraud was (potentially) committed: fraud has been going on for thousands of years.

What does interest me, and surprise me (although it shouldn’t), is how smart, sophisticated fiduciaries could entrust the money they are hired to safeguard and protect to an unaccountable, unregulated (sorry, by the Bahamas) entity without conducting a shred of minimal fiduciary due diligence. Unlike Enron, accounting fraud was not required at FTX because no one asked to see the accounting statements. The closest document that existed as an accounting statement was produced the day after the bankruptcy in an Excel spreadsheet that is obviously fictitious. Mr. Ray notes, laconically, “The FTX Group did not keep appropriate books and records, or security controls….Unacceptable management practices included the use of an unsecured group email account as the root user to access confidential private keys and critically sensitive information…” He goes on to say that only a fraction of the assets alleged to be held have been found, and he is trying to locate additional assets by “reviewing various third-party sources,” which means, calling people and asking if they have any FTX money?

This is almost funny. Funnier was the expense control at FTX. Mr. Ray writes that employees “submitted payment requests through an on-line ‘chat’ platform where a disparate group of supervisors approved disbursements by responding with personalized emojis.”

“Hey, can I expense that Lamborghini I wanted?” Disparate supervisor:  👍

Ok, I made up those exchanges. More seriously, beyond the questionable fiduciary failure that resulted in the losses of billions of dollars, is why anyone was permitted to invest in cryptocurrencies in the first place. I’m not a lawyer, but crypto seems to fall under the definition of a security as defined by the Securities Exchange Act of 1934, meaning it must be registered with the SEC. None of these cryptocurrencies have been registered, so none should have been permitted to be sold to US investors.

Even if cryptocurrencies sought to be registered, the bigger question is why should they be sold to the public at all? What public good do they serve? Stocks and bonds are issued to enable companies to raise capital to invest in their businesses. Futures contracts allow investors to hedge risks. Cryptocurrencies serve what purpose? I have searched the websites of crypto exchanges and promoters and cannot find a coherent answer. Perhaps there is some allusion (illusion/delusion) to a day when private cryptocurrencies are used to transact business, but this is fiction.

There is talk, now that FTX has blown up, for regulators to step in and “protect” the public through government control and oversight of cryptocurrencies. My proposed remedy is two-fold. First, to declare cryptocurrencies to be securities under the Securities Exchange Act of 1934 and require them to be registered to be sold in the United States. Second, to find that they serve no public interest and decline to authorize their registration. Cryptocurrencies are part hype, part delusion, and part scam, and I cannot see an argument that they should be sold to the public.

Reading Mr. Ray’s declaration to the bankruptcy court is to be amazed at the incompetence, aghast at the absence of even the most basic of operating procedures, astonished that sophisticated people threw money into this delusional scam, and occasionally amused by Mr. Ray’s depictions of ineptitude.

But that amusement comes from the pain of losses suffered by the millions who are caught up in the crypto craze. The SEC can protect investors by ending this scam.

The title of this piece comes from Mark Twain. Here is the rest of his quote: “Everything human is pathetic. The secret source of Humor itself is not joy but sorrow.”