So, US economic growth is outpacing the rest of the developed world (and much of the non-developed, um, emerging, world), as seen in these charts (thanks to Goldman Sachs).

But will we converge, and if so, will it be a positive (the world rises to the US) or negative (US drops) convergence? I don’t really know (who really does?). But the US is the most self-contained economy in the world (outside of sub-Saharan Africa), thus the woes of the world impact the US much less than any other country. 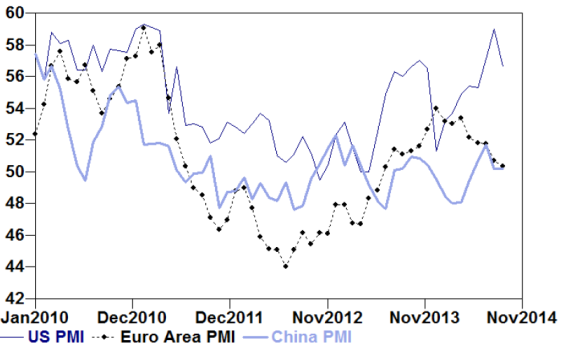 Rather than worry about the US economy, it’s the EM markets that are signaling distress (in their equities and currency markets…again, next chart courtesy Goldman Sachs): 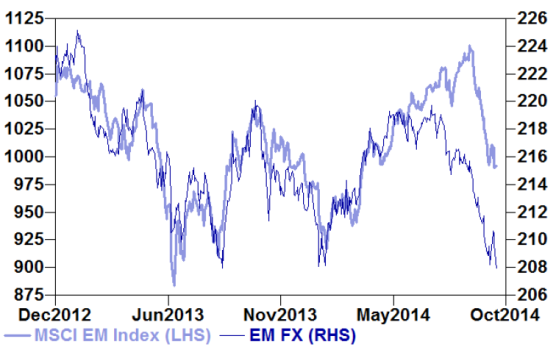